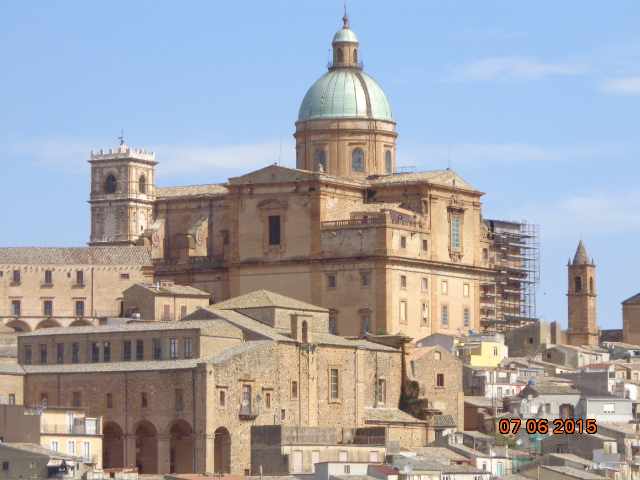 Commandery dates from the early twelfth century, first belonged to the order of chivalry of the "Hospital" and later the "Knights of Malta", was declared a national monument.

Within the wider regional project "In the footsteps of knights pilgrims and travelers", Piazza Armerina Association ITIMED with the Association DOMUS ARTIS, Office BB.CC.EE. and the owners of the sites parishes and with the collaboration of the City proposes a ROUTE THEME combining sites connected to pilgrims, knights and travelers to the rediscovery of places rich in charm.

The proposed system initiates a virtuous path, aimed at understanding and appreciation of the historical center of Piazza Armerina, through the activation of an offer of sustainable tourism and relational.

THE ITINERARY OF THE KNIGHTS AT Piazza Armerina: a cognitive and emotional pilgrimage.

I. Church of St. John the Baptist (Commandery of the Knights Hospitallers of Jerusalem, of Rhodes and of Malta), built between the late 1100s and early 1200s and subsequently erected at the behest of John Commandery Caldarera, was a hospice for pilgrims and place of gathered and hospitality for crusaders.

II. Church of the Madonna del Carmine, belonged to a Crusader military order (Teutonic or Templar)

III. Church of St. Andrew (Grand Priory), donated in 1148 to the church of the Holy Sepulchre by Count Simon of Butera, for years had the task of assisting pilgrims and knights in transit to and from the Holy Land. With its revenue could donate a considerable sum of money for the Crusades and for this reason Gregorio X granted to those who visited her, numerous indulgences. Today it is still possible to receive such indulgences, on Good Friday, arriving there on pilgrimage. A relationship between the Priory and Holy Land that seems to defy the centuries. The demonstrations will take place on 10/04/2011 and 17/04/2011 and were

Reservation: Opening days Availability weekdays by reservation for groups (minimum 6 persons). The reservation must be made at least one week in advance.